skip to main | skip to sidebar

It is not just future fuels that this technology can help deliver. Currently, oil refineries use a process called "cryogenic distillation" to separate crude oil components such as petrol and cooking gas. This is an energy-intensive process that accounts for about 15 percent of global energy demand.

The researchers are confident that their powder-based gas separation is effective even for crude oil components. Under test conditions, their setup required 76.8 KJ/s of energy to separate and store 1000L of gases. This is a 90 percent reduction in the amount of energy being currently spent on 'cryogenic distillation', the press release claims.

So far, the research team has only attempted to use its method to separate a few liters of gases at a time. They now plan to test the technology at scale.

The findings of their research were published in the journal Materials Today.

Abstract:Light hydrocarbon olefin and paraffin gas mixtures are produced during natural gas or petrochemical processing. The petrochemical industry separates hydrocarbon gas mixtures by using an energy-intensive cryogenic distillation process, which accounts for 15% of global energy consumption [1]. The development of a new energy-saving separation process is needed to reduce the energy consumption. In this research, we develop a green and low energy mechanochemical separation process in which boron nitride (BN) powders were ball milled at room temperature in the atmosphere of an alkyne or olefin and paraffin mixture gas. BN selectively adsorbs a much greater quantity of alkyne and olefin gas over paraffin gases, and thus the paraffin gas is purified after the ball milling process. The adsorbed olefin gas can be recovered from the BN via a low-temperature heating process. The mechanochemical process produces extremely high uptake capacities of alkyne and olefin gases in the BN (708 cm3/g for acetylene (C2H2) and 1048 cm3/g for ethylene (C2H4)) respectively. To the best of our knowledge, assisted by ball milling, BN nanosheets have achieved the highest uptake capacities for alkyne/olefin gases, which are superior to all other materials reported so far. Chemical analysis reveals that large amounts of olefin gases were quasi-chemically adsorbed on the in-situ formed BN nanosheets via C–N bond formation, whereas small amount of paraffin gases was physically adsorbed on BN nanoparticles. This scalable mechanochemical process has great potential as an industrial separation method and can realize substantial energy savings.

Liquid platinum at room temperature: The 'cool' catalyst for a sustainable revolution in industrial chemistry

To create an effective catalyst, the researchers needed to use a ratio of less than 0.0001 platinum to gallium. And most remarkably of all, the resulting system proved to be over 1,000 times more efficient than its solid-state rival (the one that needed to be around 10% expensive platinum to work)

For FIFTY YEARS scientists have known about global warming. This excerpt is from the well known educational documentary "Unchained Goddess" produced by Frank Capra for Bell Labs for their television program "The Bell Telephone Hour." It was so well made, that it went on to live a continued life in middle school science classrooms across the nation for decades. Nearly half a century before Al Gore's "Inconvenient Truth," this film was made. But what does it reveal? That our scientists have known for over two generations about this danger, but our politicians and citizenry have chosen to ignore the dangerous implications of this fact until it really is too late to avoid the preventable consequences. Perhaps we deserve our fate.
Posted by John Sokol at 4/29/2022 No comments:

The Energy and Policy Institute is a watchdog organization working to expose attacks on renewable energy and counter misinformation by fossil fuel and utility interests. It does not receive funding from for-profit corporations or trade associations. 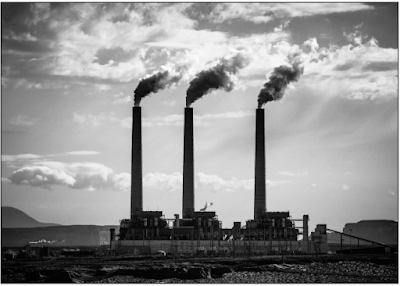 How to make graphitic carbon nitride from Urea and Table sugar in a Kiln. to 200C to dry and react at 550C.
Stores 10% by weight hydrogen.  And needs 300C to release gas. I assume to capture gas as well.
Posted by John Sokol at 4/08/2022 No comments: